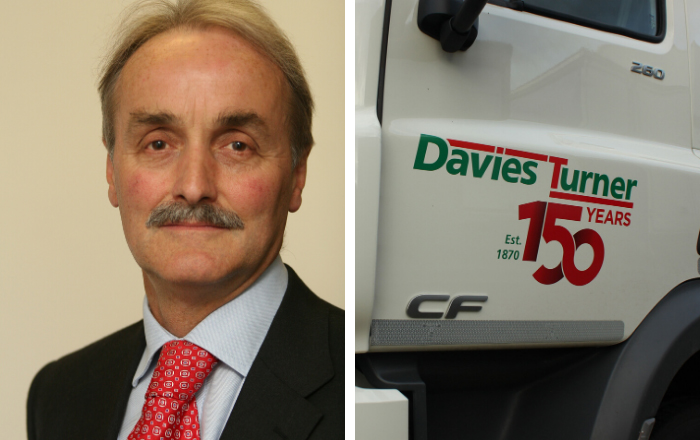 This weekend, the UK’s largest independently owned freight forwarding and logistics group, was due to celebrate its 150th anniversary with a birthday party for all the company’s 900 staff from across the UK.

Davies Turner has certainly seen plenty of ups and downs since its creation in 1870. However, as COVID-19 grips the world, the pandemic has done nothing to dent the attitude of the company, which is charged with managing many clients’ supply chains.

Davies Turner has interests in all transport sectors and says its departments offering multimodal services for the storage and international distribution of freight are all working hard to keep supply chains running, despite the global cargo capacity crunches in both air and ocean freight.

“Innovative thinking has been central to Davies Turner’s 150-year existence. In the face of the disruption caused by the Covid-19 virus, and given the fact that the regional trade restrictions and freight capacity are under such pressure, now is the time for that innovative thinking to continue.

“Examples of that are our decision to recommence our direct Express China Rail Service, which offers a door-to-door transit time of between 20 and 24 days, and is the only direct rail service for groupage as well as full loads into the UK.

“We have reconfigured some of our logistics warehouses to increase capacity and make available a greater number of pallet positions for customers with stock that has been imported, but is not required by end-users at the moment. For example, this has created several thousand more pallet slots at our Dartford Distribution Centre for anyone with an urgent requirement for additional storage in their supply chain. This is replicated in varying degrees at our other main hubs across the country.

“As a member of the Pall-Ex network since 2005, covering Dartford and adjacent postcodes in Kent as well as south-east London, we are putting our domestic distribution fleet at the government’s disposal for the express distribution of critical emergency, medical and food supplies. We have already handled products such as medicines, hospital equipment and testing kits.

“Recently, we have also further strengthened our network of European overland trailer services by signing new exclusive cooperation agreements with carefully selected, regionally strong, independent and like-minded partners in the Netherlands and Germany.

“But innovation is typical of the group’s history. In the 1870s, Alfred Davies, co-founder of the company, pioneered innovative groupage services which consolidated small shipments from different customers onto one bill of lading. This enabled them to overcome the high minimum charges being raised by most shipping lines at the time, which were becoming excessive for shippers with small and even medium-sized consignments.

“This led to Davies Turner taking on its own depot and becoming the front-runner in introducing standard reusable lift-vans, a precursor to unitisation, containers and modern logistics services. At the dawn of the 20th century, we became one of the first companies to switch from horse-drawn carts to motorised goods vehicles and, mid-century, launched our cutting-edge TIR (customs-sealed) trailer services to continental Europe.

“In 2008, Davies Turner became one of the first freight forwarders within the UK to achieve and retain AEO accreditation from HMRC.

“There will be more innovations to come as we seek to help clients old and new with the management of their supply chains in combatting the effects of COVID-19 whilst maintaining preparedness for the end of the Brexit Transition Period at the end of 2020.

“We were due to celebrate our 150th anniversary on June 20th with a great staff party, but that has fallen victim to the effect of the virus, so the pleasure will be deferred into next year. Ironically, we still have the photos of our 60th anniversary celebration, which was fortunately held early just before the Western economies crashed in 1929.”