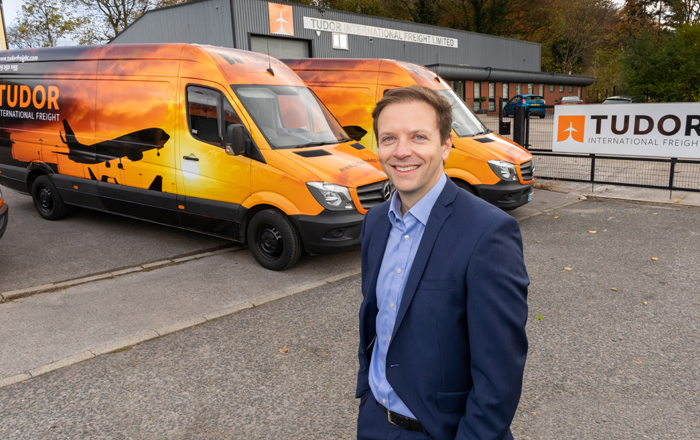 An international logistics expert has said the Covid-19 pandemic should prompt the government to request an extension of the UK’s post-Brexit transition period.

Adam Johnson, director of Leeds-based Tudor International Freight, said the coronavirus crisis had already led to the second round of negotiations on a future free trade agreement between Britain and the EU, set to involve 200 senior officials from both sides, being postponed. This deferral was agreed even before Michel Barnier, the bloc’s chief negotiator, announced he had contracted Covid-19 and David Frost, his opposite number on the UK side, self-isolated.

Mr Johnson said the government had planned to table its proposed free trade agreement at the talks. However, finalising draft documents had reportedly proved problematical, for reasons including that civil servants, up to director generals, ranked just below permanent secretary level, had apparently been redeployed from Brexit to the effort to handle the pandemic.

“Britain officially left the EU on 31 January and the government is continuing to insist the subsequent standstill transition period will conclude at the year-end. The EU has said, however, that a one or two-year extension can be granted, provided the UK requests this by the end of June.

“Ministers have also stated their intention for Britain’s future commercial relationship with the EU to be based on nothing more ambitious than a free trade deal, which would abolish import taxes, or tariffs, on both sides. However, in contrast to alternative options, such as remaining in the bloc’s single market and customs union, this would mean significant new regulation, bureaucracy, delays and costs for British companies trying to trade with by far our largest commercial partner.”

Mr Johnson said the current duration of the transition period had looked unrealistic even before the Covid-19 crisis, because it meant a free trade deal would have to be developed between March and the early autumn, a hugely demanding timescale for such an agreement. This would be necessary to allow time for its ratification by both sides and the UK Parliament to pass essential laws – covering areas such as trade, agriculture and fisheries – by the year-end.

He said the short transition period also limited the scope for the UK government to introduce other necessary changes, such as new regulatory systems and customs controls, plus a revised immigration policy, before 2021.

“This timetable has come to seem even more daunting recently, as it has emerged the sides are far apart on a range of key issues. These include so-called level playing field commitments, promises by Britain not to secure a commercial advantage in trade with other countries by undercutting the EU on matters such as workers’ rights and environmental protections.”

He said all these problems had now been compounded, to put it mildly, by the coronavirus crisis.

Mr Johnson said reasons for the apparent reluctance by the Prime Minister to request the transition period extension could include fear of upsetting extreme Brexiters in his party and a belief – mistaken in Tudor’s view – that leaving the EU’s structures would be cost or pain-free for British businesses, and may even prove beneficial.

“In our opinion, leaving the EU, including its agencies, customs union and single market, was always going to damage our businesses and national prosperity. This position has now been exacerbated by the effects of the coronavirus on British industry and its companies, the Chancellor of the Exchequer’s welcome aid packages notwithstanding.

“This damage is likely only to worsen before the year-end and quite possibly take years to repair, so requesting the extension to the transition period should now be a no-brainer.”

Mr Johnson said this prolonging would necessitate a financial adjustment, as the UK’s current so-called divorce payment of £39bn only covered the period to the end of 2020. It would also mean the government reversing its writing into law of the 31 December end-date, a quite unnecessary piece of political posturing in his view anyway. However, he believed no such obstacles would be insurmountable.

“Nor need requesting an extension involve loss of face by the Prime Minister in our transformed and unforeseen circumstances, particularly as the transition period was at one time going to be almost double the current 11 months anyway.

“Failing to request the delay will appear inexplicable to much of the country, including businesses trading with the EU, and no responsible voter, whether originally Remainer or Leaver, should now object to an extension. A deferred deal will be far preferable to a hasty one and less damaging than the transition period ending without agreement. The request to Brussels for an extension should therefore be made.”