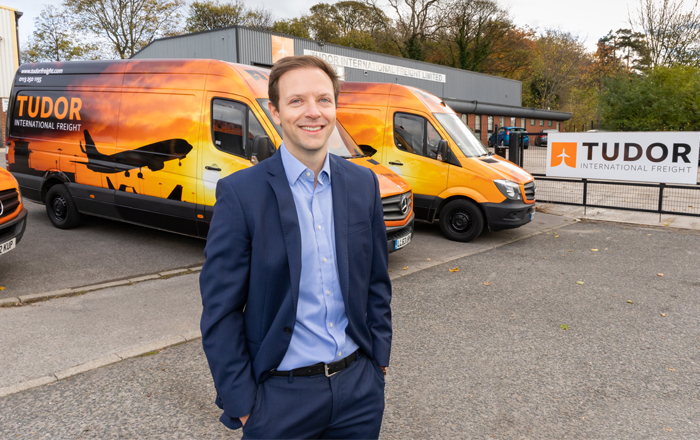 An international logistics expert has said he believes British businesses will see government statements that it will not seek to extend the UK’s post-Brexit transition period, despite the covid-19 crisis, as irresponsible.

“We will not extend the transition period and if the EU asks, we will say ‘no’. Extending the transition period will simply prolong the negotiations, prolong business uncertainty, and delay the moment of control of our borders. It would also keep us bound by EU legislation at a point where we need legislative flexibility to manage the response to the coronavirus pandemic.”

This speaker was referring to EU statements that the UK’s 11-month standstill transition period, which began when it left the bloc on 31 January, could be extended by one or two years, provided it requests this by the end of June.

“The government is trying to put a free trade deal with the EU in place by the transition period’s conclusion. This would avoid import taxes, or tariffs, on goods traded between the parties and eliminate the alternative of a no-deal exit, the worst possible outcome for British businesses. But a free trade agreement would still introduce significant new regulation, bureaucracy, delays and costs for British companies – already grappling with the severe damage caused by covid-19 – which could be delayed through an extension.”

He said the government’s own estimates predicted a free trade deal would mean UK gross domestic product (GDP), the national wealth, growing by 6.7 per cent less over 15 years than it would have, had the country remained in the EU. The equivalent figure for exiting the transition period without an agreement was 9.3 per cent.

“The coronavirus crisis has now added general current economic and business carnage to this future damage. We’ve already seen companies cease operations and furlough or release staff in droves, with over 950,000 people applying for Universal Credit in the second half of March alone and household retail names, such as Debenhams, Oasis, Warehouse and Laura Ashley, entering administration.

“In addition, government spending watchdog the Office for Budget Responsibility has projected that if the current lockdown lasts three months, results could include a UK fiscal deficit of £273bn, the largest since world war two, national debt exceeding 100 per cent of GDP, which could fall by 35 per cent, and up to 2.1 million people losing their jobs.”

Mr Johnson said consultancy the Centre for Economics and Business Research had also predicted British households would see their disposable incomes fall by an average of well over £500 per month between April and June, a drop of 17 per cent.

“These figures indicate the huge pressures companies, including those attempting to trade with the EU, by far the UK’s largest commercial partner, are already facing. Against this backdrop, we believe British businesses will see the government’s stance on extending the transition period as irresponsible.”

Seeking an extension has been recommended by groups such as the International Monetary Fund and Sir David Lidington, formerly de facto deputy Prime Minister in a Conservative government, has said such a course is “inevitable”. Opinion poll evidence also indicates about two-thirds of Britons overall, and nearly half of leave voters, now favour this option.

“Other reasons for extending include that UK and EU officials are preoccupied with covid-19, which has already caused negotiating rounds to be cancelled and is complicating the talks, as limited numbers of representatives try to overcome the difficulties of bargaining via video conferencing.

“In addition, the chances of finalising a comprehensive and considered free trade agreement by December looked slim even before the pandemic, as that timeframe implies the deal being negotiated between March and the early autumn, a huge task. This speed would be necessary to allow the agreement’s ratification by both sides and for the UK to have a realistic chance of implementing essential legal and regulatory changes by the year-end.”

Mr Johnson added that this timetable had come to seem even more daunting lately, as it was now clear – especially after the second round of talks, which ended on 24 April – that the UK and EU were far apart on several key issues.

“A free trade agreement, though far from the best option for the future commercial relationship between British businesses and the EU, would be preferable to a no-deal exit from the transition period. For all these reasons, it’s now likely to be better still if delayed a few months. The government should therefore think again and change course.”