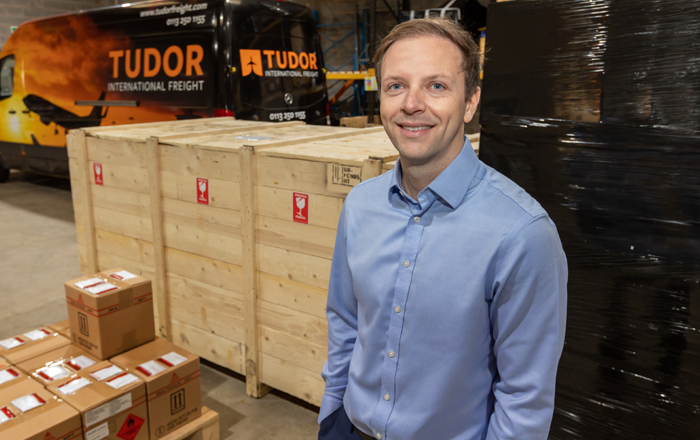 An international logistics expert has said the UK’s companies trading with the EU are becoming increasingly worried the Conservative leadership contest could end up damaging their businesses.

Adam Johnson, director of Leeds-based Tudor International Freight, said many commentators had suggested the race to succeed Theresa May would effectively waste much of the additional time granted by the EU for the UK to agree a way forward on Brexit, when it extended the Article 50 deadline to 31 October in April.

However, he said many British companies trading with the EU were becoming concerned the contest’s effects could be worse than delay and distraction, as the nature of the ultimate electorate meant a damaging no-deal Brexit in the autumn was now more likely.

Mr Johnson said: “The way the Conservative party’s system works is that MPs will reduce the numerous current leadership candidates to two, through a series of ballots this month. That pair of contenders will then be put to the party’s members in the constituencies, believed to number 124,000. They’ll pick one as the next leader and therefore Prime Minister, as Mrs May will relinquish this role once the process is completed during July.

“It’s no secret a high proportion of party members favour a no-deal Brexit, with a YouGov survey last month, for example, indicating about two-thirds now do so.”

Mr Johnson said there were signs this electoral system was therefore encouraging candidates to outbid each other in their willingness to countenance this form of departure.

He said: “Boris Johnson, the current bookmakers’ favourite, and Esther McVey have promised that under their leadership the UK would leave on 31 October, with or without a deal, while Andrea Leadsom has advocated a ‘three-point managed exit’, which seems a euphemism for a no-deal severance, for example.

“On top of this, the Institute for Government pointed-out recently there’s no longer a decisive way for MPs to block a cliff-edge departure, despite the House of Commons as a whole opposing this, if a Prime Minister is determined to drive it through.”

Mr Johnson said the successful candidate may well seek initially to persuade the EU to re-open negotiations on the existing draft withdrawal agreement, which Parliament had rejected decisively three times, to try and achieve a more orderly Brexit. However, the EU had said repeatedly the document would not be changed and recent reports appeared to underline this by suggesting the bloc was now disbanding its negotiating team.

He said: “The phrase no-deal is, of course, misleading for several reasons. Firstly, when negotiations end without agreement, things usually remain unchanged, but that’s emphatically not the case here, as such an outcome would create a wide-ranging set of damaging new circumstances for the UK’s EU traders. Moreover, the consequences of a no-deal Brexit would be far worse for UK companies than those in the EU, as about 44 per cent of our exports go to the bloc, whereas only about 18 per cent of theirs come to us, for example.

“Also, contrary to the position its name suggests, a no-deal departure would leave much essential business unfinished. For example, it’s almost certain the UK would want a free trade deal with the EU after it had left, but the bloc has said it won’t talk about this until we’ve approved the so-called divorce bill, citizens’ rights and Irish border arrangements in the draft withdrawal agreement. It would therefore be legitimate to ask Conservative leadership candidates prepared to countenance no-deal what they’d do if faced with this ultimatum.”

Mr Johnson said other questions affecting UK businesses that should be put to these contenders included what they would do about the long traffic tailbacks from ports that experts at institutions such as London’s University and Imperial colleges had predicted a no-deal Brexit would create.

He added these candidates should also be asked what help, if any, they would offer to businesses trading with the EU, which would suddenly need much additional documentation, including import and export customs declarations, plus safety and security declarations for exports, if we left without a deal.

Mr Johnson said: “A no-deal Brexit may sound painless and conclusive, but in truth would be neither. Yet, the chances of such a position becoming reality seem to have increased with Mrs May’s resignation and this situation is causing an increasing number of British businesspeople sleepless nights.”