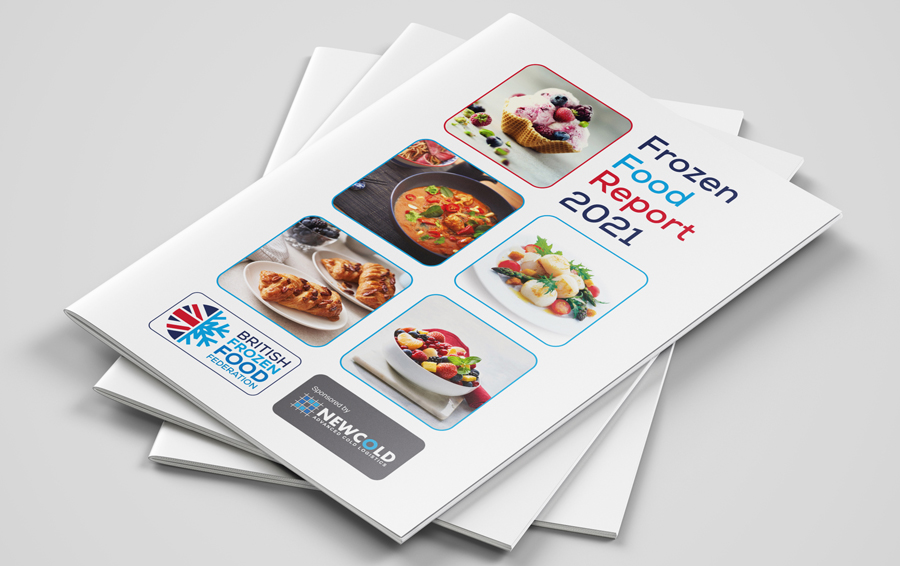 The UK has become a nation of frozen food fans as the pandemic has changed the way we shop according to a new report.

The Frozen Food Report, released today, says consumers are shopping more online, spending more per shop and have bought more frozen food than ever before. Last year shoppers spent an extra £872m on everything from frozen avocado to ice cream: making frozen the fastest growing food category, second only to alcohol.

And it’s not just mums and dads buying frozen peas and pizzas for their families – Gen Z shoppers are flocking to the frozen aisle. According to the report Generation Z (those born between 1997 and 2012) are 23% more likely to eat frozen food as they are attracted by the convenience and flavour of the growing range of vegetarian and vegan products on offer.

The report, produced by British Frozen Food Federation, reveals the value of frozen food sold in the UK stores is now worth £7.21bn with a year-on-year growth of 13.8%, compared to total grocery, which grew at 11.3%, and fresh and chilled at 9.3%.

Whilst the retail market saw massive growth in 2020 as consumption patterns changed dramatically, the hospitality sector suffered enormously due to lockdown. But while out-of-home spending dropped by £1bn per week in 2020, takeaway sales increased by 250%, and the report highlights how foodservice businesses have embraced technology to keep going.

Commenting on the launch, BFFF chief executive, Richard Harrow said: “Despite the challenges of 2020, and in some cases because of them, the UK’s frozen food industry continues to be a real success story.

“At the onset of the pandemic we saw a huge increase in the demand for online grocery shopping, triggering shopping habits we think will remain long after lockdown lifts. March 2020 was a record month for online penetration, which increased by 140,000 households, and further research in October found only 26% of shoppers stated they intend to revert to pre-pandemic shopping habits, with 55% saying they will never shop in the same way again. This means, potentially, 74% of shoppers will maintain their online shopping habits long-term.

“Another change in consumer behaviour is the frequency of shopping trips has declined overall, but increased for frozen, and basket spend is higher. Consumers are also looking for convenient products that will not spoil between shopping trips. This plays to the strengths of the frozen category and means we’re optimistic frozen will continue to grow its share of online purchases.”

The report brings together research from leading names including Kantar Worldpanel and IGD to give a full picture of the market for frozen food. It has been produced by the BFFF Young Leaders Forum, with input from BFFF members, and features opinions and market predictions from industry leaders, including foodservice consultant Peter Backman, founder of FutureFoodservice.com Simon Stenning, and director of the British Plastics Federation Barry Turner.