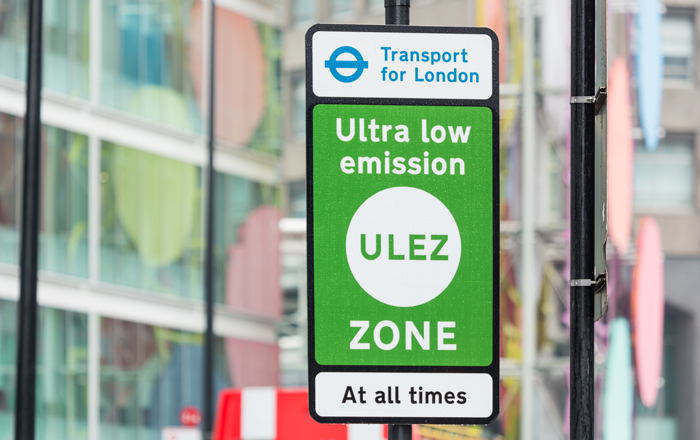 London has come a step closer to expanding the world’s-first Ultra Low Emission Zone with the installation of the first new cameras. The Ultra Low Emission Zone currently covers the same area as the Congestion Charge Zone and the new cameras will enable it to expand up to the North and South Circular in October 2021 – spreading the benefits of cleaner air across the city.

Thousands of deaths in the capital each year are attributed to poor air quality, while emerging evidence suggests there is a link between pollution, higher rates of infection and a worse recovery from coronavirus. The larger zone is vital to ensure that, as London recovers from the coronavirus pandemic, one public health crisis is not replaced with another.

The expanded zone will help all Londoners breathe cleaner air. The ULEZ schemes will reduce harmful nitrogen oxide (NOx) emissions from road transport by around 30 per cent across the whole city, improving air quality for millions of Londoners.

Cameras play an essential role in making the ULEZ effective. The central zone has seen the number of vehicles meeting the tough emission standards rise from 39 per cent in February 2017* to more than 80 per cent now complying. It’s also had a transformational impact on air pollution, contributing to a 44 per cent reduction in roadside nitrogen dioxide within its boundaries.

The area covered by the existing Congestion Charge and ULEZ has around 650 cameras. The new zone will be 18 times the size, but new technology means only around 750 additional cameras will need to be installed. To reduce the number of additional sites required, TfL is prioritising cameras at locations already used to monitor traffic, on existing lamp columns and on traffic signals. When preparing for the expansion, TfL will use its extensive experience of handling large volumes of data and respecting privacy from the 17 years the Congestion Charge has been in place, and more recently ULEZ. This will ensure seamless payment of the charge and secure handling of data.

Of the vehicles that do drive in the zone, TfL expects four out of five cars to be compliant by the time the scheme is introduced in October 2021. However, this relatively small number of older more polluting vehicles contributes disproportionately to London’s pollution. Air pollution is not just a central London problem, with many areas still exceeding the legal limits for pollution across the city.

The Mayor recognises that some Londoners will need more help and may have bought more polluting diesel cars in good faith. To help support those who may find it difficult to meet the ULEZ standards with their own vehicles, the Mayor has launched a £48m scrappage scheme for those on low incomes, disabled Londoners, small businesses and charities to switch to cleaner vehicles and greener forms of transport.

To help businesses and charities prepare for the expanded zone, earlier this year the Mayor doubled the amount of money available to £7,000 for those scrapping their older more polluting vans and minibuses and changed the criteria for the size of business eligible, so that more people could benefit.

The car and motorcycle scrappage scheme gives people support to take the dirtiest vehicles off the road and purchase a cleaner alternative, with up to £2,000 available for cars and £1,000 for motorbikes. So far more than £12 million has been given out in grants, providing significant support for small businesses and those most in need.

Alex Williams, TfL’s Director of City Planning, said: “We are fully committed to cleaning up London’s toxic air, and expanding the Ultra Low Emission Zone will play a key role in discouraging people from driving heavily polluting vehicles. This will help people to breathe more easily and create a more liveable city. We have already seen significant falls in the most toxic emissions in central London and now see most vehicles meeting the tough standards in the heart of the capital.

“We expect to see the benefits felt by people across the city when the zone enlarges and are providing financial support for small businesses and the most vulnerable to help them make the green transition.”

Shirley Rodrigues, Deputy Mayor for the Environment, said: “The Ultra Low Emission Zone is the centrepiece of our plans to clean up London’s air. We have the boldest plans of any city on the planet and the ULEZ is exceeding expectations, helping reduce harmful roadside nitrogen dioxide by 44 per cent in central London. As London starts to recover from the pandemic, City Hall is even more determined to stop Londoners breathing air so filthy it is damaging our children’s lungs and causing thousands of premature deaths.”

Tanya Braun, Head of Policy and Communications, Living Streets said: “It’s very good news that the ULEZ expansion project is moving forward. Thousands of premature deaths a year are attributable to London’s toxic levels of air pollution. We need to clean up our air as soon as possible and the ULEZ is an important step in doing that. Reducing vehicular traffic and investing revenue from the ULEZ into safe and welcoming walking routes will make it possible for Londoners to choose cleaner ways to travel.”

Susannah Kerr, Head of Public Affairs at the British Heart Foundation, said:“Air pollution is a major health crisis, with around 11,000 heart and circulatory deaths attributable to air pollution every year in the UK. Tiny, but potentially deadly particles called PM2.5 can find their way into our blood and can increase the risk of heart attack and stroke. This invisible threat to everyone’s health is a particular issue in the capital, and the BHF has consistently supported the introduction of the ULEZ. The expansion to the scheme is a bold step forward in cleaning up the capital’s air even further.

“Pioneering initiatives such as the ULEZ position London as a global leader in taking action on toxic air. We now need to see further action at both national and local levels, such as the introduction of limits as recommended by the World Health Organization, to ensure the air we all breathe is cleaner.”