Mitigating The Risk Of Coronavirus To UK Supply Chains. 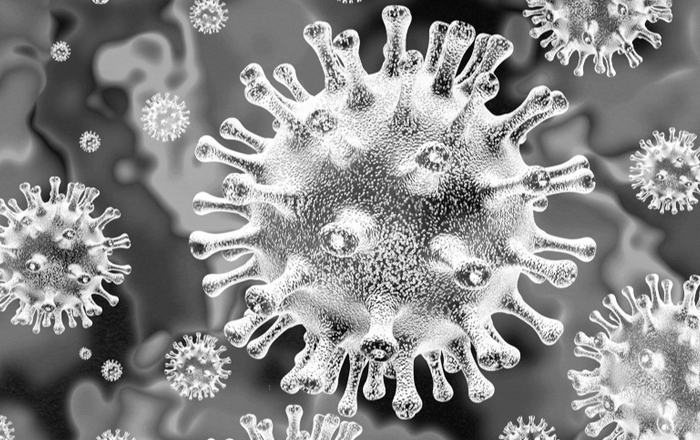 As manufacturers and retailers run down their ‘pre-Brexit’ stockpiles, pressure on warehouse space in the UK may appear to be tempered for the moment – although there can be little doubt that there will be another ‘cliff-edge’ event at the end of the year as the EU-UK trade talks approach Boris’ deadline.

Meanwhile, however, there is a new and very real risk to supply chains from the growing threat of the Coronavirus.

With the virus having become an epidemic during, and perhaps partly because of, the Chinese New Year break, it is too early to quantify likely impacts on production, but ‘not good’ seems a reasonable assessment. The automotive industry, with its tight Just-In-Time operations, is naturally the bell-weather: Hyundai temporarily closed South Korean plants because of a shortage of wiring harnesses, Fiat Chrysler reported that ‘one European plant is two weeks from closure’ because of shutdowns at one critical supplier (and potentially three others), while Ford was airlifting parts out of China while it still can. Regarding UK manufacturers, there are similar reports related to Jaguar Land Rover (parts couriered out in suitcases!) and JCB too.

Other sectors feeling an early impact include pharmaceuticals, where China supplies many drug precursors, fashion, where production for the Autumn season should be ramping up right now, and almost any industry dependent upon electronic components. There are already concerns over goods for the Christmas 2020 market. While some firms had coincidentally built up stocks against the usual Chinese New Year shut-down, this can only be a short-term relief.

Production isn’t the only issue – shipping will also be affected. There are reports of backlogs building on the Yangtze River, airfreight out of China is well down, and ship operators may be unwilling to visit Chinese ports – the prospect of a viral outbreak on a large but minimally manned container vessel on the high seas is not a happy one. If vessels are avoiding China that also reduces service to intermediate ports such as Singapore. Meanwhile empty containers are stranded in the wrong locations.

Industry will be doing what it can to mitigate the risks of disruption. Obviously it is too late to start stockpiling Chinese goods but businesses will be loading orders on to alternative suppliers – particularly where these suppliers are in other Far Eastern countries that could be at risk from the virus, although with the disease now established in Northern Italy, even sources closer to home cannot be considered secure. Companies may also be bringing forward orders, even from suppliers in currently unaffected areas, before global prices rise. Conversely, buyers of goods whose price is largely determined by metal and other markets may see opportunities to exploit depressed commodity prices.

This will undoubtedly lead to stockpiling but there are other effects that will increase demand for warehouse space in the UK. A manufacturer whose production is slowed or halted by the absence of perhaps just a single component still has all the other parts coming in – indeed, many of these may already be on the high seas. The supply tap can’t be turned off instantly and these materials will have to be stored, either as they are or as semi-finished goods for completion when normal service is resumed. Component and finished goods suppliers in this country also will prefer to maintain some level of production rather than shut down, even if their customers here or abroad can’t or won’t take delivery. These goods too will need to be stored and, for parts in shortage or for high-end finished goods, security of storage will also be an issue.

The course of these events is impossible to predict. But for many businesses there is a real likelihood that stocks will build up at some point in their supply chains, and it is only sensible to start scoping out contingency arrangements.

At Bis Henderson Space, we are already helping clients with their strategies to meet different challenges. One retailer, besides actively looking to domestic manufacturers for alternative sources of supply, is also reviewing its sales promotion cycle. It is likely that this will mean fewer and smaller-scale promotions to protect revenue. This in turn means that requirement stock peaks will be higher, and last longer, than in previous years, with implications for stockholding space requirements.

Another of our retail clients reports that only 5% of their Chinese production capacity is operative, and even stock that exists at production sites cannot be transported due to movement restrictions. They too are looking for additional domestic supply and expecting slower unit sales, which they believe will require an increased forecasted stock holding of 35,000 pallets. An end to the epidemic would not be the end of the problem: a return to ‘normality’ later in the year would see a surge of container movements creating a requirement for additional de-stuffing capacity.

Both these retailers have their own networks and, in the second case, 3PL support, but have previous experience of Bis Henderson Space’s capabilities in securing additional and seasonal capacity and have turned to us for planning assistance and support. We have extensive experience, and unrivalled network of UK wide suppliers, partners and providers to source the best possible space solution for your individual requirements. We can offer short term temporary space solutions as well as supporting you with your over-arching long term supply chain strategy. For guidance on finding flexible warehousing arrangements that are available at competitive rates, contact us today.