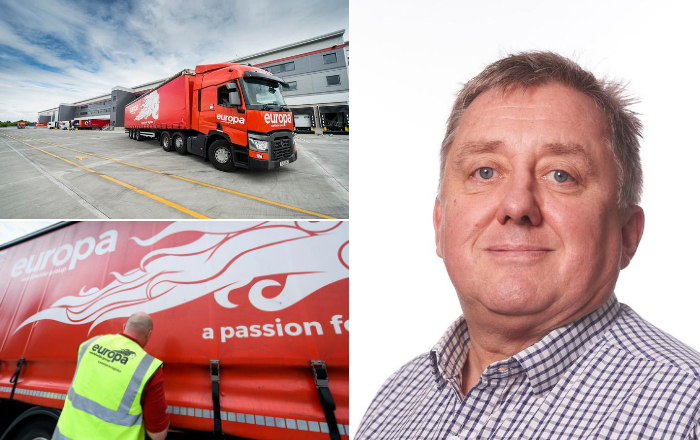 Driving forward with its Brexit preparations Europa Worldwide Group has hired a Head of Customs as the chief of its customs team.

Belgian Lieven Hendrickx has an impressive 30-year track record with leading logistics operators, having worked across continental Europe as well as in the Middle East. Most recently he has been employed by leading international business consultancy Deloitte.

With less than 130 days to go before the end of the transition period, Frictionless Trade Services (FTS) is Europa’s new customs product designed to simplify the customs process, assist with export and import declarations and reduce delays.

Initially Hendrickx will be based in Oostende, with his team of 15 based in France, Belgium and the UK. Europa is recruiting for additional customs supervisors and clerks across all of its sites as it further gears up for Brexit.

Lieven Hendrickx commented, “I’m delighted to be joining Europa to lead the customs team ensuring we provide effective clearance support for our customers. Andrew leads a dynamic team at Europa and it’s great to be a part of that team as we continue through to create a clear path for our customers and partners.”

Operating the UK’s largest European groupage hub. Europa Road’s network of 13 UK branches trunk into Europa’s Dartford 1Hub, from where freight connects with daily, direct services to 30 continental hubs. Each month Europa transports over 45,000 consignments through its road network, making over 2,000 collections and deliveries every day.

Andrew Baxter, Managing Director of Europa Worldwide Group comments. “The Brexit transition period is quickly coming to an end. Soon all goods travelling between the UK and the EU will need to go through a customs process.

“Whilst some areas are still unclear, we must all ensure we prepared. Creating our own team, headed up by a skilled operator such as Lieven means that both Europa and our customers will be in the strongest position on 1 January 2021.”

This is the latest in a series of investments Europa has made since the EU referendum to ensure the business and its customers are ready. Last year Europa invested over £2m in its Dartford transit warehouse to increase racking capacity by 75 per cent, as well as supporting customers through dedicated Brexit workshops across the UK.