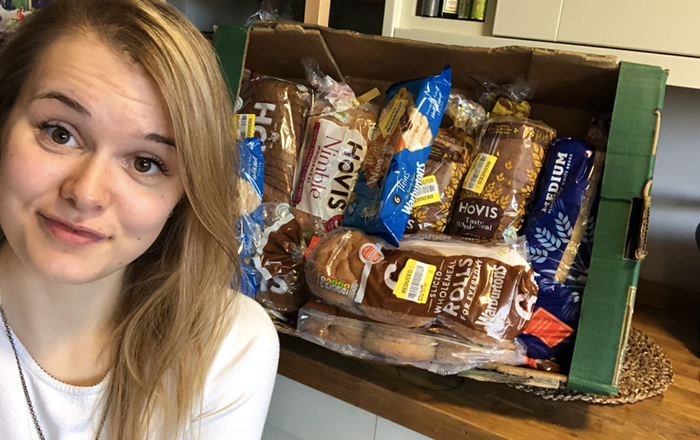 An innovative scheme to stop more surplus food from going to waste and re-distribute it amongst members of the local community will be rolled out across the UK by Tesco.

The supermarket has partnered with food sharing app and social enterprise OLIO to help reduce food waste in stores across the UK in a move which should help feed more people in crisis in the local community.

The new partnership builds on Tesco’s existing food surplus donations programme, including its Community Food Connection scheme with FareShare, which already sees it donate 2 million meals every month to food charities across the UK.

The partnership with OLIO follows a successful six month trial, which was held earlier this year, at 250 Tesco stores which had the most food surplus and which saw a high rate of pick up.

Anyone downloading the app will be able to see food items nearing their expiry date available to be collected in their area for free, via non-contact pick-up.

The food is taken back to their homes, with the items immediately uploaded onto the OLIO app, ready to be re-distributed free to those living nearby as well as to community groups.

OLIO app users can then pick items up, from an agreed, contact-free collection point and because of social-distancing measures needed right now food items can be left in a front garden or wall outside someone’s house.

Tesco Head of Communities, Claire De Silva said: “We are very proud of our food waste work and our Community Food Connection scheme with FareShare helps thousands of charities every week.

“Right now we want to make sure that any surplus food is being managed and people who need it have access to it.

“The results of our initial trial were very positive and have allowed us to further roll out the partnership in our commitment to make sure no good food goes to waste.”

In return for their efforts, ‘Food Waste Heroes’ are allowed to keep 10 per cent of what they collect from stores if they would like. OLIO is registered with the Food Standards Agency which ensures that all food collected is safe for human consumption.

The three-month trial which took place from December till the end of February resulted in 36 tonnes of food redistributed.

Olio Co-founder, Tessa Clarke said: “Our partnership with Tesco means that more people than ever before will be able to benefit from access to surplus food.

“They’ll also be joining our community of neighbours who not only support one another, but also believe that every little counts in the fight against food waste.”

Tackling food waste has been a major part of Tesco’s sustainability strategy since 2009, when it made a commitment to stop sending food products to landfill.

To date around 100 million meals have been donated to more than 7,000 charity and community groups from Tesco stores and distribution centres.

This is part of the retailer’s pledge that no food safe for human consumption will go to waste.